In April of 1945 the Canadian Army had liberated much of the Netherlands but 120,000 well armed enemy soldiers were cut off in the western part of the country. The Allies did not have enough troops available to conquer the area without terrible losses. After making the decision not to invade, the Allied commanders faced the problem of how to help the 3.5 million Dutch citizens who were starving after four years of occupation, including the recent difficult winter.

J. Vrouwenfelder who lived in the Hague at the time recalled, "I queued for hours to get some salted endive or some beans. Always that hunger...And then there was less and less. There remained nothing, not even in the black market. Sugar beets from which we first made syrup and then some kind of cookies from the leftovers. Impossible to eat, but it kept many people alive. Fried tulip bulbs were the last resort."


It was a memorable day for the Bomber Command aircrew as well. Although there had been discussions with the Germans, an agreement to allow the Lancasters to drop the food supplies had not been finalized and on the first day of Operation Manna the Germans were manning their anti-aircraft guns as the bombers flew over, so low that they could have been easily shot down. But the Germans held their fire.

The approaches to the drop zones were made at very low altitude in order not to damage the food any more than necessary as it was dropped in gunny sacks without parachutes. One Canadian pilot recalled, "flying by a windmill and people waved at us from its balcony. You understand, we had to look up to wave back!" Sgt. Ken Wood, a rear gunner remembered, "People were everywhere -on the streets, on the roofs, leaning out of windows. They all had something to wave with; a handkerchief, a sheet -it was incredible." F/S Gibson wrote, "I will always remember seeing 'Thank you Tommy' written on one of the roofs" and recall, "those flights as a beautiful experience, it was as if we brought the liberation closer to reality."

A total of 3100 flights were made by Bomber Command, and an additional 2200 by the American Air Force which joined the operation on May 1st. Operation Manna ended with Germany's surrender on May 8th. Although over 11,000 tons of food were dropped in the ten days of the operation, some 20,000 people died of starvation.

Joe English, one of the Society's founding directors, participated it the first day's operation. 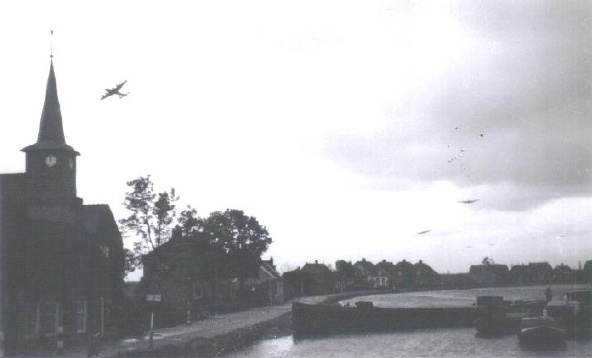 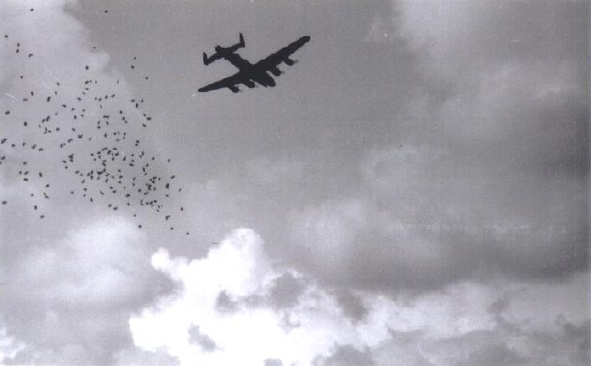 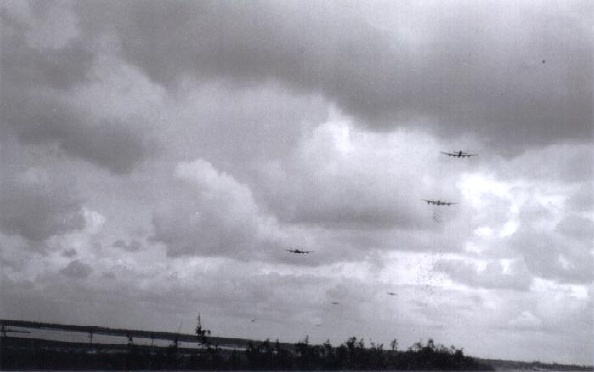