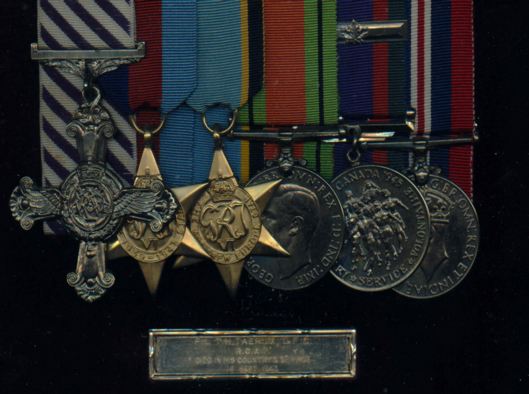 Terry Taerum and the Dams Raid


At dusk on May 16th, Taerum recorded the take off at 9:40. The winds were stronger than anticipated as the Lancasters roared over the North Sea at the lowest possible altitude and Taerum found himself off the planned route when the coast was reached. Gibson wrote, "We pulled up high to about 300 feet to have a look and find out where we were, then scrammed down on the deck again as Terry said, 'O.K. -there's the windmill and those wireless masts. We must have drifted to starboard. Steer new course -095 degrees magnetic, and be careful of a little town that is coming up straight ahead.'" The navigation now was partly in the hands of the bomb-aimer who was using a special roller to identify features such as railway lines and canals and to avoid high-tension lines.

When all was ready Gibson manoeuvred into position to attack. Taerum's duty as the aircraft approached the dam was to make sure the aircraft was at the required sixty feet and he took his position at the perspex blister on the starboard side of the cockpit. As they approached the dam he switched on the spotlights at 00:25 and began giving directions to Gibson, "Down-down-down," and then after the lights converged on the water, "Steady-steady".


Honoured at the Palace and then a Final Tragic Flight

Taerum was presented with the DFC by the Queen at Buckingham Palace. In letters to his mother he wrote of the attention he was receiving: "One morning they woke me up and told me that I had been awarded the DFC. Later I had the ribbon sewn on my tunic. Can you imagine me strutting around town with it afterwards; We were just about mobbed for autographs; We were ordered back to our stations to meet the King and Queen. I was really lucky because I was introduced to both of them. The Queen is most charming and gracious. It was really quite a day." 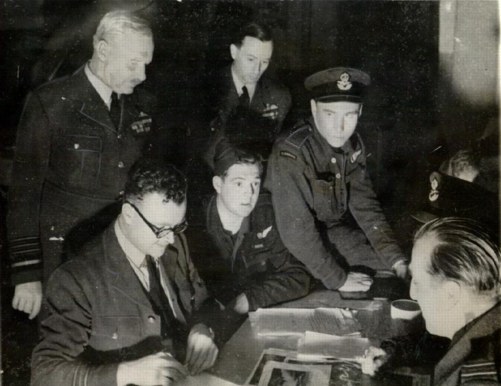 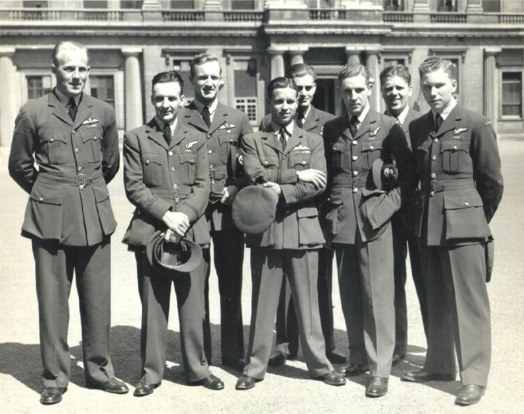 Terry Taerum DFC (at right) with W/C Gibson VC (centre)
and the six other members of the RCAF who were decorated following the Dams Raid.

In September, 1943, Guy Gibson travelled with Winston Churchill to Quebec City on a highly publicized visit to North America. Gibson travelled across Canada visiting BCATP facilities, "so the men in the camps may be inspired to follow his example." His visit to Calgary was front-page news. He was welcomed by Mayor Andrew Davison and there were march-pasts, a parade, and newspaper and radio interviews. 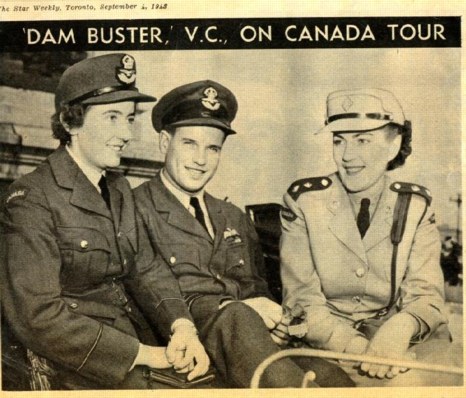 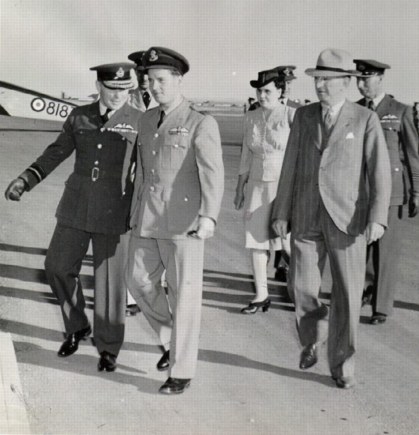 Upon being introduced to Mrs. Taerum, Gibson said, "Terry is a great boy and a great navigator. He got the whole squadron to the dam." Hilda Taerum said that meeting Guy Gibson was, "one of the proudest and happiest times of her life." Four days after Gibson's visit, Hilda Taerum learned that her son had been killed. A year later Terry's 18 year old brother was killed on his sixth operation when his Lancaster was shot down over Holland. 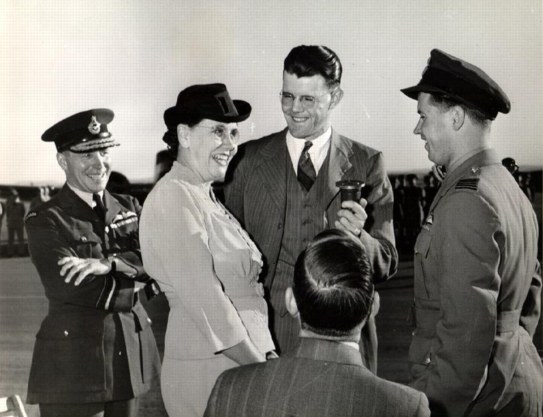