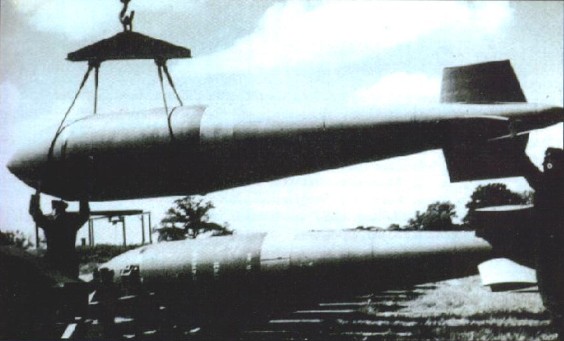 In the spring of 1942 the Nazis were building reinforced concrete submarine bases that were bomb-proof against any existing weapons. At this time the largest penetrating bomb available to Bomber Command weighed a mere 1000 pounds.

An example of the Tallboy's effectiveness occurred when they were used against the underground V-1 assembly and launch facilities at Wizernes, France. One caused a landslide that completely blocked an entrance to the underground storage area and on a second raid, additional landslides were caused that completely blocked the remaining four entrances. The earthquake-effect of the weapon was demonstrated on numerous other occasions such as when a "near miss" of sixty feet was sufficient to destroy the railway bridge at Bad Oeynhausen. 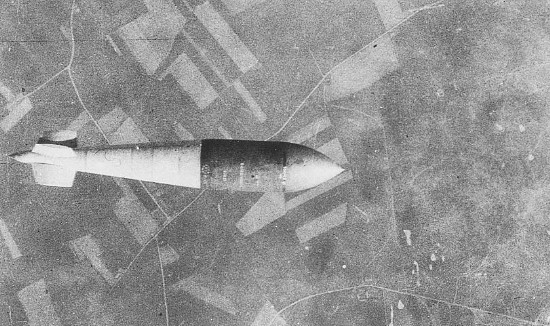 By the end of the war, a total of 854 Tallboys had been dropped on heavily reinforced V-1 and V-2 assembly and launch sites, submarine pens, tunnels, oil refining and storage sites, viaducts, canals, and bridges. Its most spectacular success was with the sinking of the Battleship Tirpitz.

The Tallboy was 21 feet in length and 38 inches at its maximum diameter. Its hardened steel case had a thickness of more than 4 inches in the nose. The tail of the bomb was made of aluminum. The weapon was filled with 5200 pounds of Torpex explosive and the actual detonation could be delayed up to sixty minutes. 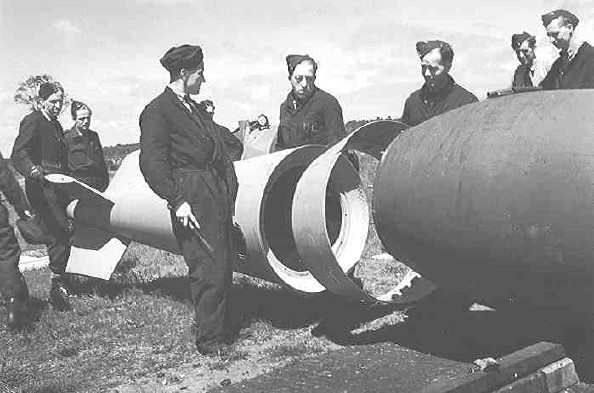 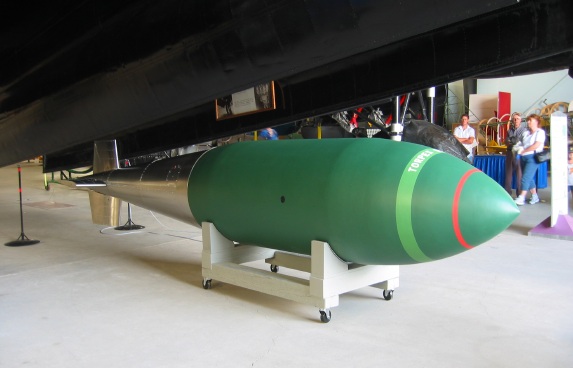 This Tallboy mock-up was built by John Morel and Andy Lockhart.
It was unveiled during the museum's commemoration of the Sixtieth Anniversary
of the Sinking of the Battleship Tirpitz.
The museum's Tallboy was made possible through a donation by S/L John Birrell M.D. (Ret'd)
and his wife F/O Dorothy Birrell R.N. (Ret'd) of Calgary.
Dr. Birrell served as a medical officer with the Royal Canadian Air Force during WW II
and his wife Dorothy was a nurse with the RCAF. 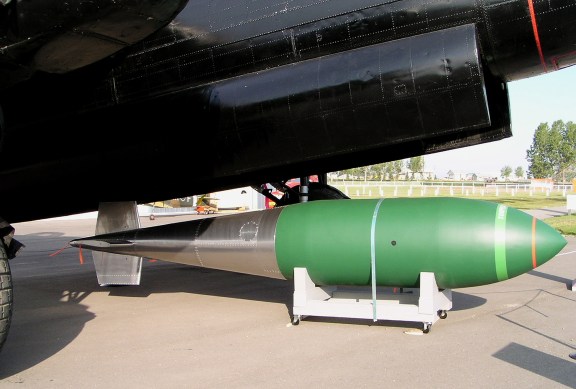 During March, 1945 a larger version of the weapon, the 22,000 pound "Grand Slam" became operational. With a length of 25 feet, 5 inches and a diameter of 46 inches, this bomb required the complete removal of the Lancaster's bomb bay doors. A total of 41 Grand Slams were dropped during the closing days of the war. 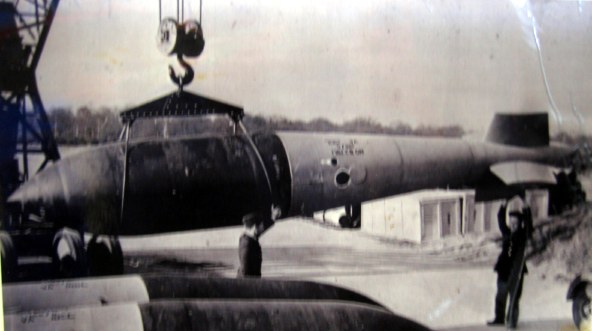