Following the war, Jack flew the F-86 Sabre and in 1952 became the C/O of No. 414 Fighter Squadron. From 1953 to 1956 he was Chief Flying Officer with No. 4 Wing in Germany, returning to Canada as the Commanding Officer of No. 1 (Fighter) Operational Training Unit.

W/C Allan helped form the Golden Hawks RCAF Aerobatics Team. It first flew in 1959 as part of the celebration of the 50th Anniversary of Flight in Canada.

From 1960 to 1962, W/C Allan was the Commanding Officer of the Golden Hawks. Although he had been a Sabre squadron C/O, he had no experience in aerobatics. However, he was in charge of the team and travelled with them, flying a T-33 that was painted in Golden Hawks' markings. The golden T-33 was a real crowd pleaser, so Jack often made low passes on arrival and departure as the team visited the many air shows and other functions they performed at.

Jack completed his air force career as Commanding Officer of the radar base at Beaverbank, Nova Scotia. He retired to Kelowna, British Columbia in 1964 and passed away in 1973. 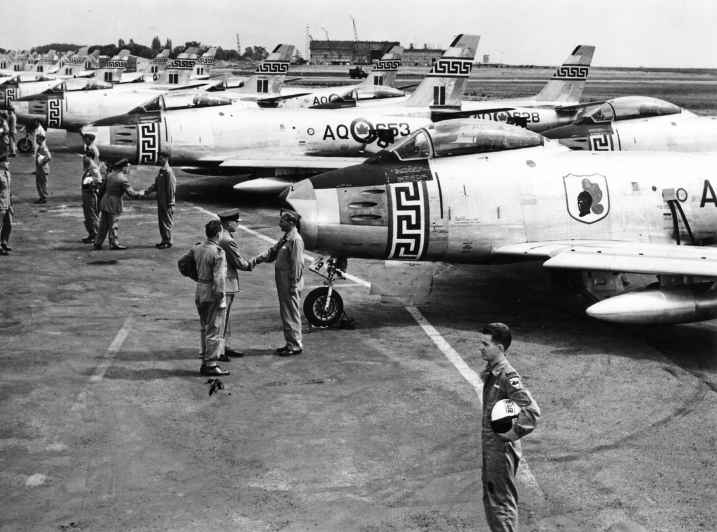 W/C Allan (at left in front of the nearest Sabre) preparing to leave RCAF Uplands for Germany with No. 414 Squadron RCAF. 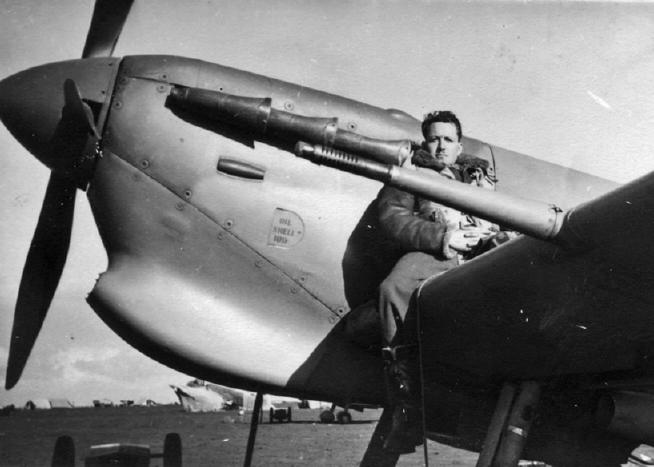 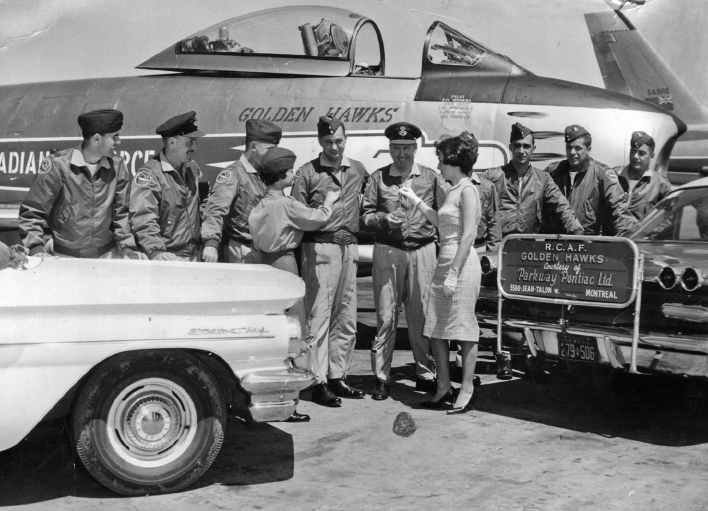 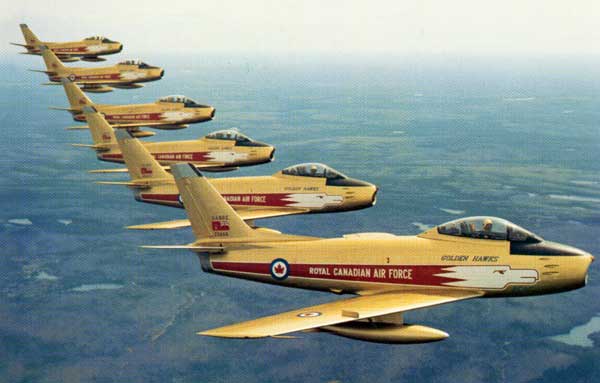 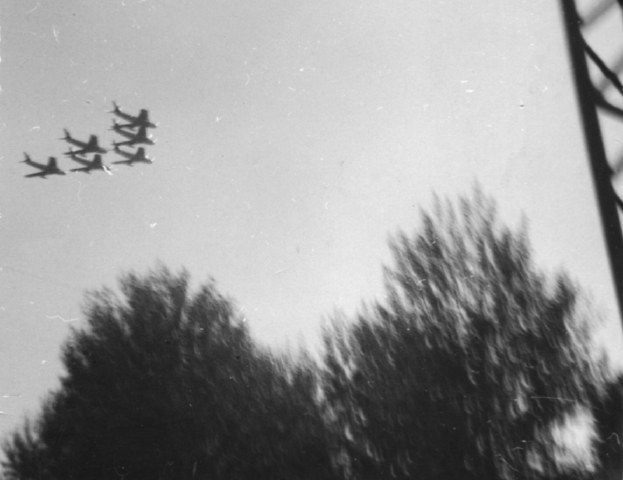 A Golden Hawks Flypast over Nanton as photographed by Jack's father as they passed over the family's house. 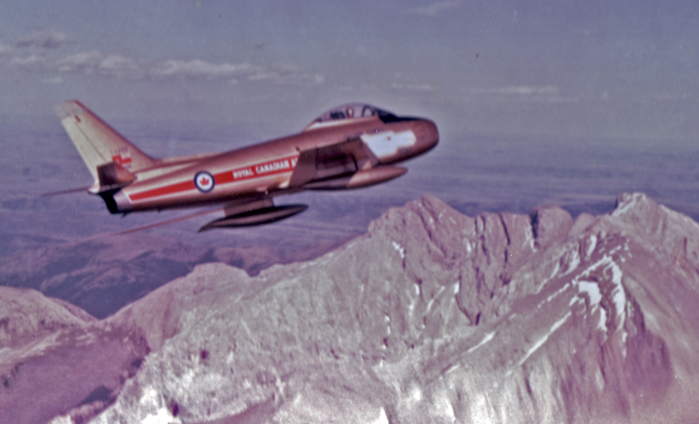 A Golden Hawk Sabre flying over the summit of Mount Head.
This peak is immediately west of Nanton and the photo may have been taken prior to or following a flypast over the town. 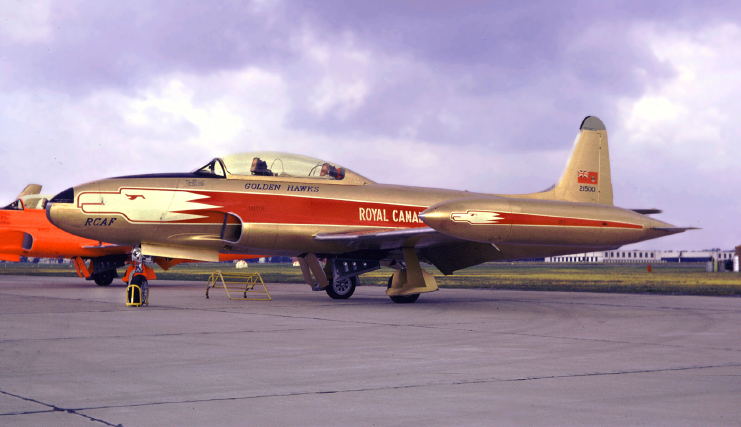 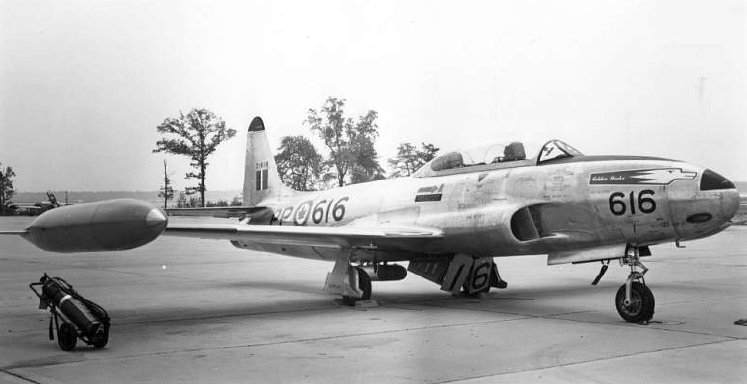