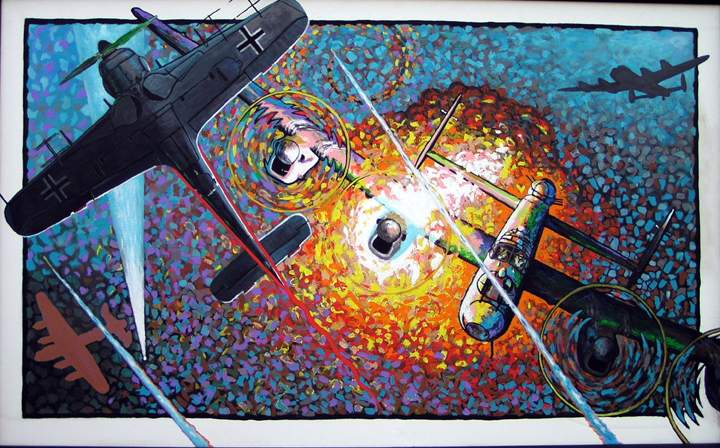 "WHATHELLWUZAT" -Notes next to a preliminary drawing in David's sketchbook indicate that this painting was to be titled "Whathellwuzat." The horrendous shock of the explosion in the blackness of the night is being experienced by the crew after an enemy fighter has attacked the Lancaster, hitting the starboard-inner engine and setting it on fire.