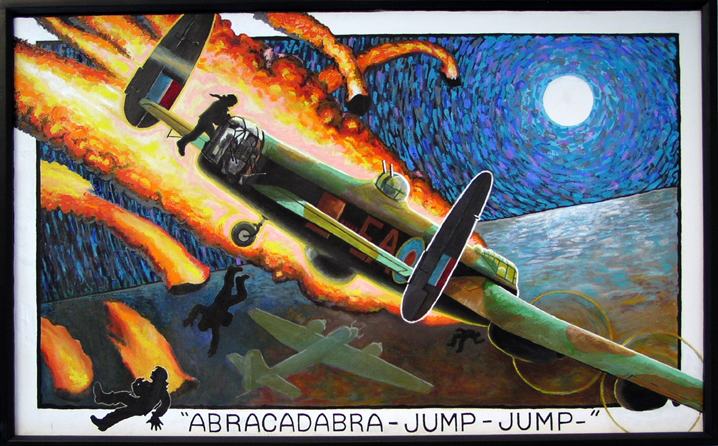 "ABRACADABRA -JUMP -JUMP" is the only titled painting in the David Mould Collection. As a rear-gunner, it is not surprising that David's sketchbooks focus on that position which is most prominent in this painting of a No. 49 Squadron Lancaster. The following notes are next to a preliminary drawing of this image in David's sketchbook: "Prepare to abandon aircraft - Put on parachutes - Stand by - Order from captain 'Abracadabra Jump Jump' - Tailgunner Jumping." David had been forced to abandon a Wellington bomber by jumping from his turret during what was noted as "a special exercise" while at No. 16 Operational Training Unit. His wireless operator, Percy Cross, also jumped but was killed.