Some four thousand people attended the dedication of Canada's Bomber Command Memorial on August 20, 2005. It was a moving tribute to the Canadians who served with Bomber Command. The speakers included Bill Graham, Canada's Minister of National Defence and Brig. General David Graham, Director of Air Force Development. Art Smith OC DFC spoke on behalf of the veterans and Chris Koch, a Nanton native whose uncle's name is on the Memorial, spoke on behalf of the families of those honoured. The Calgary Police Service Pipe Band, #4Wing Cold Lake Honour Guard, and flypasts by No. 408 Squadron and civilian vintage aircraft were important components of the impressive ceremonies.

Following the Dedication, the museum's Lancaster's starboard-inner Merlin engine was started and run-up to a huge round of applause. 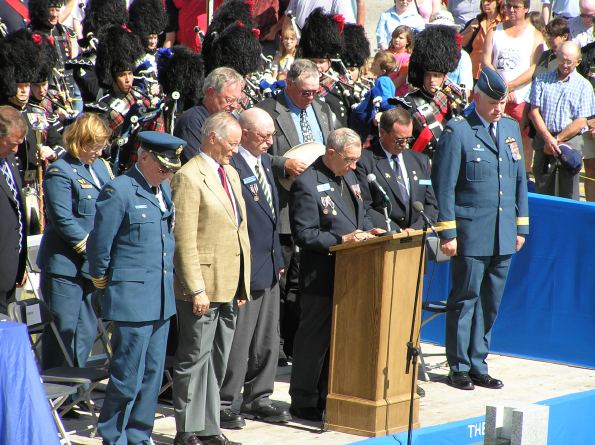