The cenotaph was unveiled August 13, 1927 by the Earl of Haddington. Mayor J.T. Cooper presided over the ceremonies and R.B. Bennett, who would go on to become the Prime Minister of Canada, gave the principal address. Annual Remembrance Day Services have been held at the cenotaph ever since. 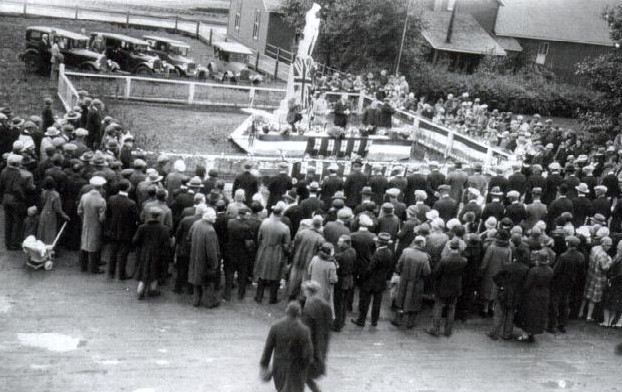 The Dedication of the Cenotaph in 1927. Nanton's railway station is in the background.
On the platform (l-r) George Baillie-Hamilton (Earl of Haddington);
George Coote MP; J.T. Cooper Mayor; R.B. Bennett MP


With the closure of the railway station and the transformation of Railway Avenue into a major highway, the cenotaph's location became less and less appropriate during the latter half of the twentieth century. With the co-operation of Nanton's No. 80 Branch, Royal Canadian Legion, the Town of Nanton, and the Nanton Lancaster Society the cenotaph was carefully dismantled and the statue cleaned. It was then re-erected in Centennial Park at the entrance to the air museum in time for the 2001 Remembrance Day Service. 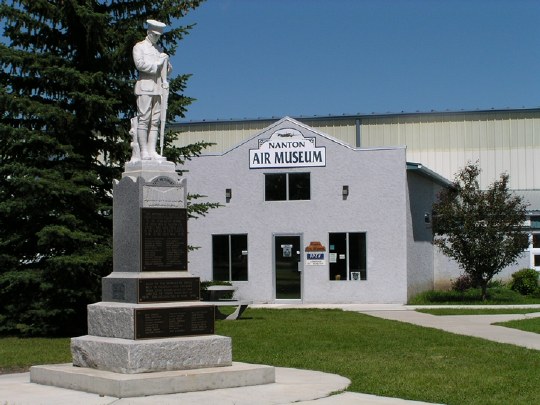 The Cenotaph in its new location
at the entrance to the Bomber Command Museum of Canada.


Those Who Did Not Return 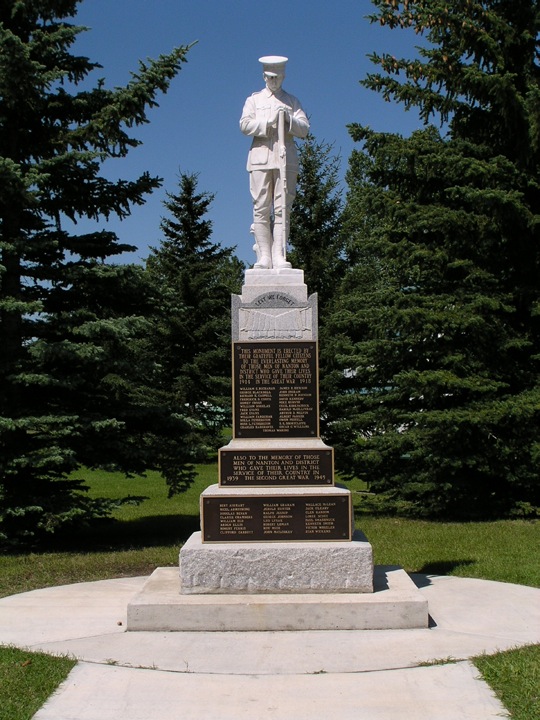