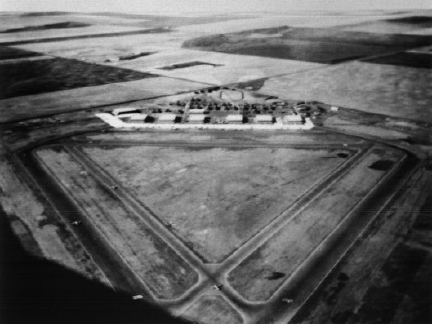 An airmail service was operating in Alberta by 1930 when it was decided that a "beacon" and emergency landing field should be established on a high point of land mid-way between Calgary and Lethbridge. Sixty acres of land was purchased from George Galbraith and was levelled, seeded to grass, and fenced. A fifty foot tower was built for the beacon, rows of lights were put in place to define the landing strip, and an auxiliary power plant was housed in a small building beside the tower. When the RCAF was looking for a site for a flying school, this existing facility was already in place and became the nucleus of the aerodrome.

Tomlinson Construction Ltd. was given the contract to build the taxiways and three runways. The Galbraith house was used as an office for a time but later demolished. Marwell Construction Ltd. was given the contact for the buildings. Between 600 and 700 workers were employed in addition to technical staff. A large percentage were Vulcan and district people and there was full employment in the area. All vacant farm homes were filled. The buildings included seven large hangars, "H-hut" dormitories, mess halls, administration buildings, a drill hall, and a hospital with two dental chairs. Water, sewer, heating, and electrical systems were, of course, required as well. The station was built to accommodate 1700 personnel but at one point there were 2500 men and women stationed there.

Construction of a railway spur line to the station began in November, 1943 and completed within five or six weeks by shifts of twenty-five men working day and night. The purpose is said to have been to haul coal but the line was only used about three times.

Impact on the Community

Once construction was completed, the demand for housing continued as many of the permanent staff brought their wives and lived in off-base accommodation. As they were uncertain as to the length of their posting, most were willing to live in any available building, with the result that many garages and dwellings previously thought to be uninhabitable were fixed up, painted, and lived in. As well, many residents created suites in their homes.

During the war years the stores and other facilities in the area enjoyed a real boom. The theatre in Vulcan ran shows every evening except Sunday, restaurants were always full, there were Saturday night dances, and taxi and regular bus service to Nanton and Vulcan. The banks stayed open after 5:00 pm on Fridays to cash the numerous paycheques.

While at Vulcan, the school graduated some 25 courses of about thirty students each.


In May, 1943 the school was moved to Pearce, Alberta (northeast of Fort Macleod).

There was an average of about 1300 personnel and at one point there were as many as 2500 stationed at the base. 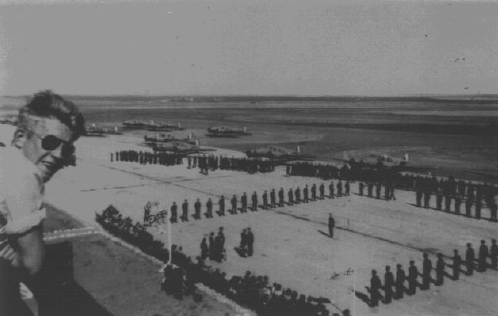 
Of a total entry of 993 students, the school graduated 860 pilots from 17 different courses. 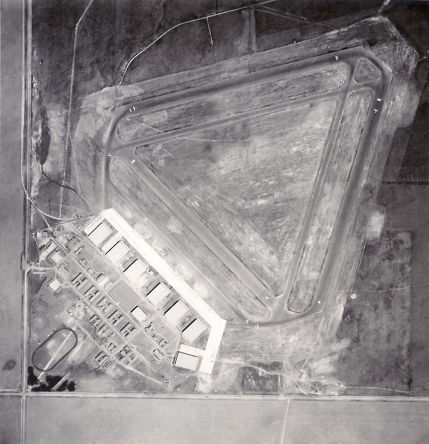 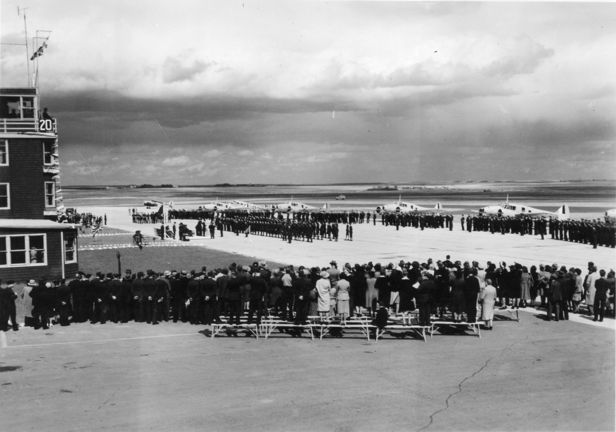 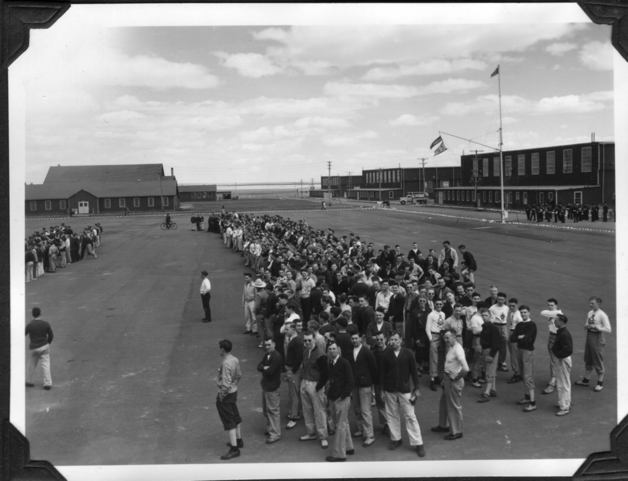 The presence of the base near Vulcan had a considerable effect on the town of Nanton, 28 km to the west. A congratulatory message from the Town was printed in the program for the official opening as were advertisements and best wishes from 14 Nanton businesses. When the officers of No. 19 SFTS held their first mess dinner in their recently completed dining room, the mayor of Nanton, O.E. Smith, was a special guest. Some base personnel and visitors were housed in Nanton and a regular bus service was operated. 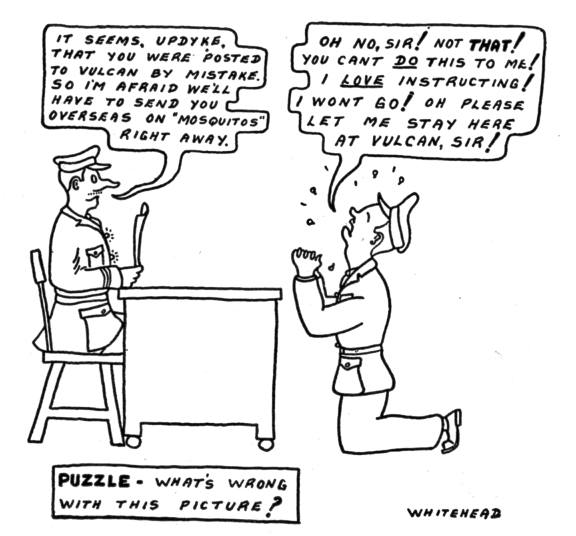