The Kenyon Field Airport in Lethbridge was completed as a civilian aerodrome and officially opened in June 1939. It was to be an important link in Trans-Canada Airline's plans.

With the establishment of the BCATP, the airfield became the site of No.5 EFTS that officially opened in July 1940. However severe wind in the area made the use of the light Tiger Moth trainers too dangerous and the school was moved to High River in June 1941.

Later that year the RCAF opened No.8 Bombing and Gunnery School at the station. Runways were lengthened and strengthend and many new buildings were constructed for the training and housing of the instructors and trainees. In addition to the facilities at Lethbridge, the school leased 100 square miles on the Blood Indian Reserve to use for bombing and gunnery practice. A good relationship was established and the school's commanding officer, G/C Jones, was made an honourary chief with the name of Chief Heavy Shields.

G/C Jones took command on 8 September 1941 and the school's first aircraft arrived two weeks later. By the end of November there were 56 Fairey Battles and one Harvard on the station. Later Lysanders, Ansons, and Bolingbrokes were flown at the school. A total of 1600 air gunners and bomb aimers graduated from No.8 B&G. The school was closed on 15 December 1944, however the site remains active as the Lethbridge Airport.

Of the 11 Bombing and Gunnery Schools operated by the BCATP in Canada, No.8 was the only one located in Alberta. 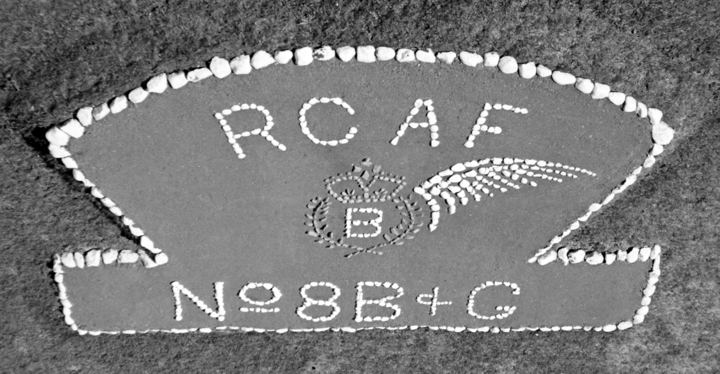 
The managing director of #5 EFTS from its opening in Lethbridge in 1940 until its closure in High River in 1945 was Dennis K. Yorath. The school was said to have been one of the most outstanding in Canada, noted for its efficiency of administration and operation. For his work in directing the school, Dennis Yorath was awarded the M.B.E. in 1946.

Mr. Yorath enjoyed an extensive career in aviation. He was became a charter member of the Calgary Flying Club in 1928 and remained active with the organization until after the war when he began to play a nationally significant role with the Royal Canadian Flying Clubs Association. He was named a member of Canada's Aviation Hall of Fame in 1973 with the following citation, "His business management abilities, coupled with a far-sighted appreciation of the country's civil flying requirements, were a prime factor in establishing a national pilot training scheme that has substantially benefited Canadian aviation."