The Fairchild Cornell that is now part of the museum's collection (#14424) served at #32 EFTS from mid-1942 until the station closed.

After the war the base was used as a reform school. Since then it has become a prison. 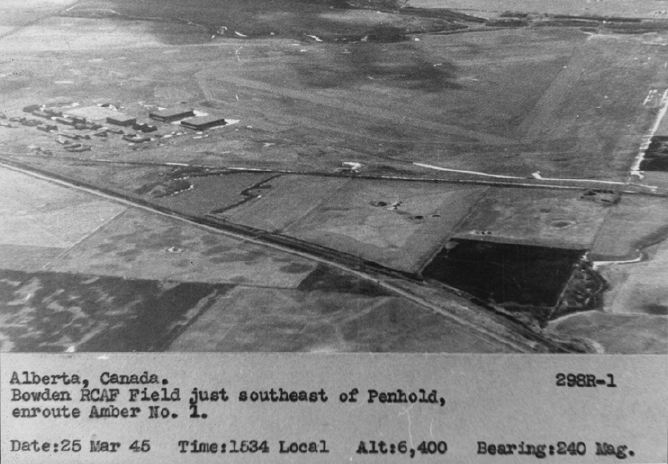 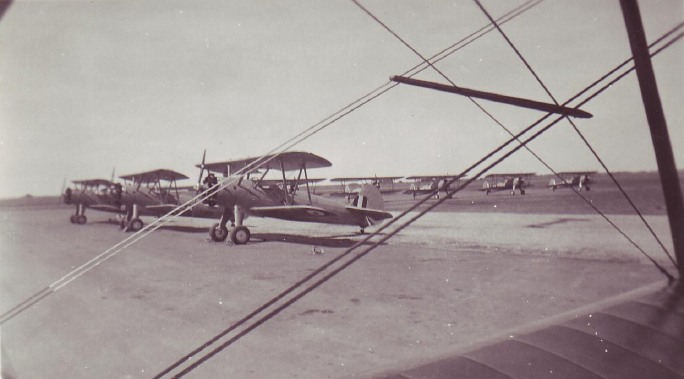 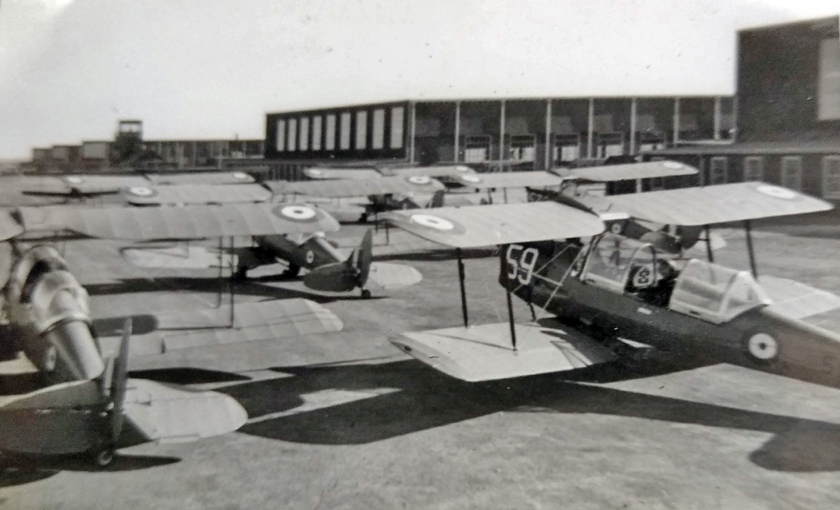 Tiger moths with hangars and tower. 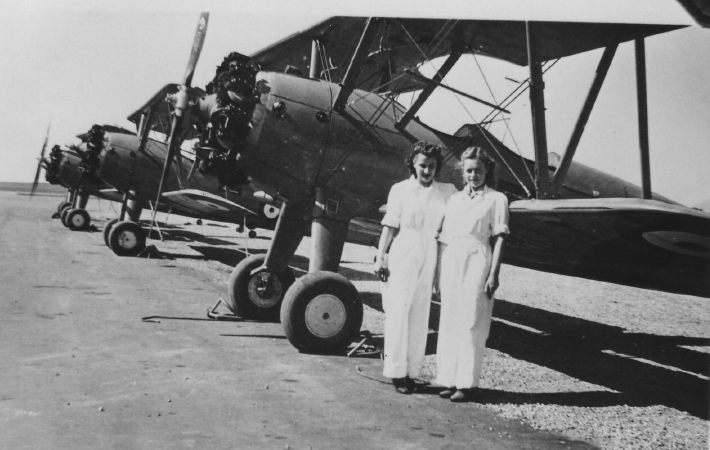 Stearmans and ground crew at Bowden. 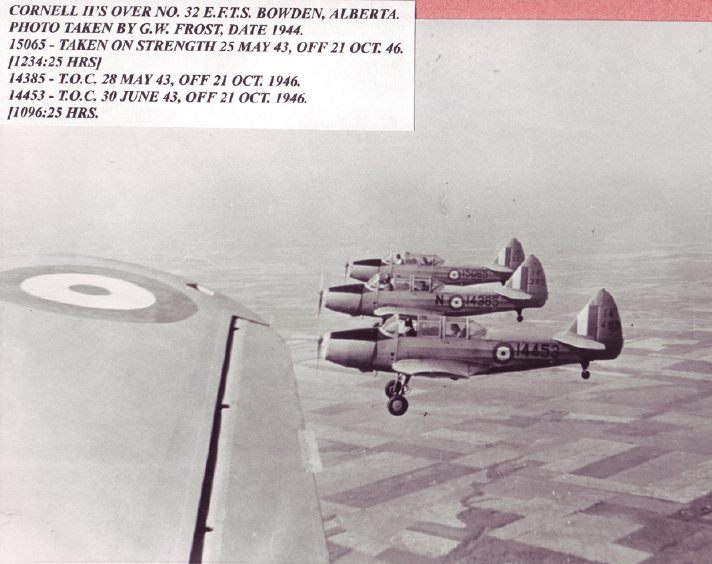 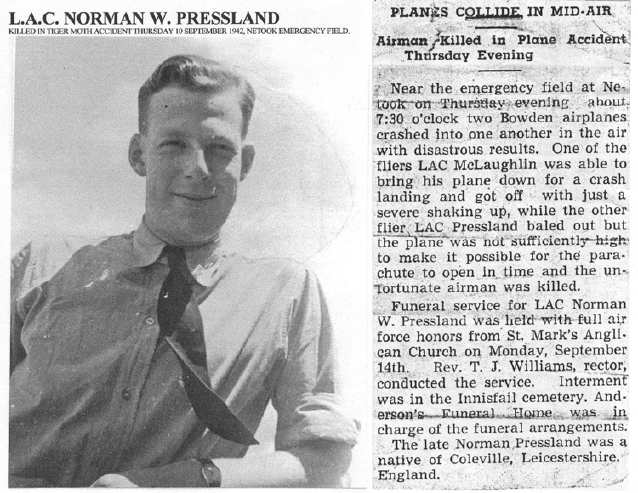 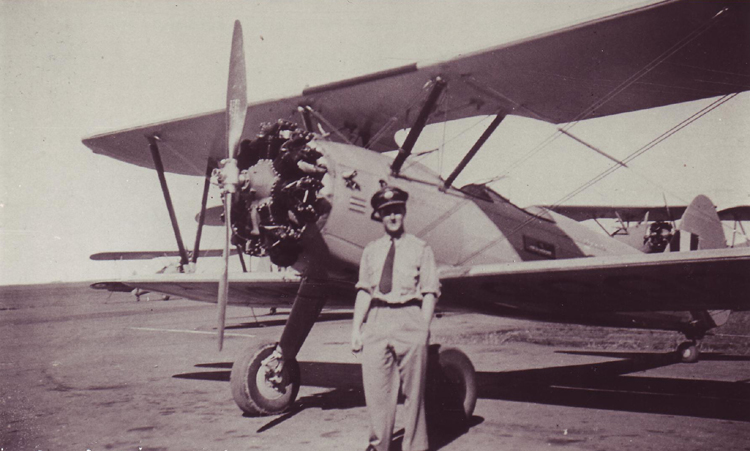