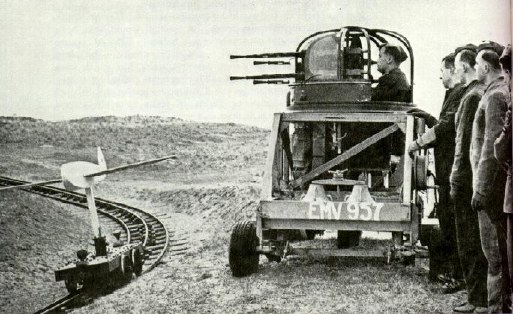 - from a Gunnery Course Manual
used at No. 2 Bombing and Gunnery School -Mossbank, Saskatchewan

- Search sky before take off and landing, your a/c is most vulnerable.
- If gun fire, search for fighter; take evasive action.
- Always watch your own tail.
- Conserve your ammo; if you're fired upon from long range, instruct pilot to use evasive action.
- Never fly straight or dive when under attack.
- Use good team work with rest of crew.
- Patrol across the sun, never into or away from it.
- Never turn away from an attack, always towards.
- If using tracer at night, remember it tends to momentarily destroy your night vision;
hold your fire until necessary.
- If on reconnaissance aircraft; your job is to return with information; not to seek combat with enemy aircraft.
- Aim of enemy fighter is to destroy; aim of bomber air gunner is to get safely to target and back to base.
- Never fire until fired upon.
- All aircraft approaching are considered to be enemy until identified otherwise.
- REMEMBER: TO BE SURPRISED IS TO BE LOST.
- If your own guns fail or are damaged during an attack use your ingenuity to outwit the attacker.

His favourite position, if he can get it, is to come from below and climb up to 300 yards from you, directly underneath, stall his a/c and rake your fuselage with machine-gun and cannon fire. Invariably the bombs explode and the bomber disintegrates. So every now and then have your pilot do steep turns so you can search below the a/c for fighters.

If there is a cloud cover below, the searchlights light up the clouds and you are silhouetted for the fighter above you.

Jerry also uses what we call the "chandelier flares." This is either a single large flare or a group of 3 - 5 flares. They are shot from the ground and hang in the air for a long time at your level. They light up everything for miles around and show your position to the fighter.

One of the most important things to remember is Jerry loves a "sleeping target." If he finds you know he is there he will, 9 times out of 10, go away and find another bomber.

Another important thing to remember as an Air Gunner is primarily to protect your bomber and not shoot down fighters. Never fire unless it is necessary. Always take evasive action. Firing gives your position away to every night fighter in that vicinity.

Evasive action should be practiced until the co-ordination between skipper and gunner is as though one brain controlled all concerned.