Museum Collections
Aircraft in the Collection
Aircraft of Bomber Command

Just one minute after Britain's formal declaration of war against Germany took effect on September 3, 1939, a Blenheim IV of 139 Squadron took off to fly the RAF's first sortie of the war, a photo-reconnaissance operation. The next day, Blenheims made the first Bomber Command attack by bombing enemy warships.

A fighter version of the Blenheim IV carried four machine guns in the bomb bay. These aircraft were involved in the defence of London and served with Coastal Command in anti-shipping, reconnaissance, and a variety of other roles.

A pilot, navigator/bomb-aimer, and wireless operator/gunner comprised the crew of the Blenheim IV. The navigator sat in the nose of the aircraft at a plotting table situated just below the distinctively scalloped port side of the canopy.

The Bolingbroke was the Canadian-built version of the Blenheim IV and the first of over 600 assembled at Longueuil, Quebec entered service with the Royal Canadian Air Force in November, 1939. Bolingbroke squadrons flow patrols off the Atlantic coast and the Pacific where one was involved in the first successful RCAF attack on Japanese submarine. Two squadrons were assigned to the combined American-Canadian campaign to protect the Aleutian Islands and the west coast of Alaska from Japanese attack.

However, the majority of Bolingbrokes never saw combat, instead they performed as crew and operational trainers under the British Commonwealth Air Training Plan at various stations across Canada. Others were converted to target tugs, training air gunners and army anti-aircraft gunners.

The Boly was the first modern, all aluminium aircraft built in Canada and appeared on both skis and floats for its various roles.

Our museum's aircraft is Bolingbroke #9987 and was donated by Harry and Anne Whereatt of Assiniboia, Saskatchewan. It served with #3 Bombing and Gunnery School at MacDonald, Manitoba as part of the BCATP. In 1946 almost 150 Bolingbrokes were sold as surplus out of the MacDonald base. This aircraft was purchased by Mr. Whereatt from a farmer in southern Manitoba and then towed to his home near Assiniboia.

As the museum's primary focus is to honour those associated with Bomber Command during World War II, this aircraft has been restored as a Bomber Command Blenheim IV. On August 12, 2000 it was dedicated to the memory of Barry Davidson, a Calgary pilot who was shot down while flying a #18 squadron Blenheim IV on July 6, 1940. P/O Davidson and his two crewmembers had taken off from West Raynham to attack aerodromes in France. 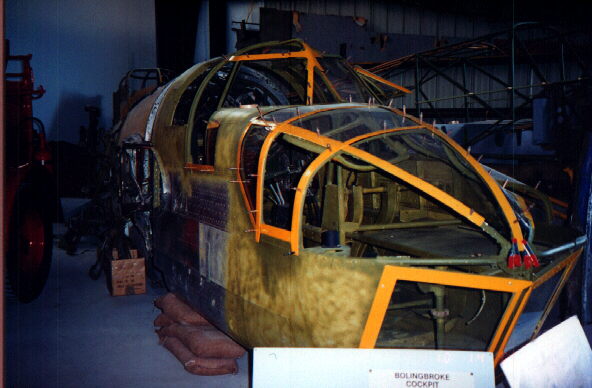 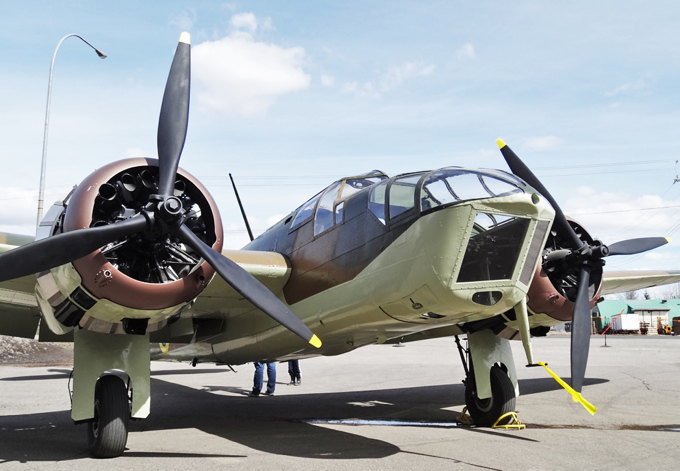